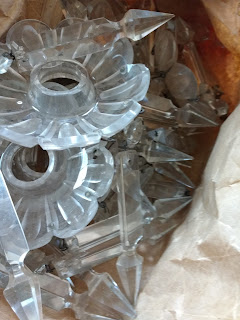 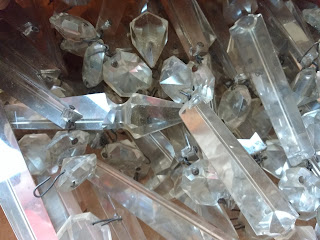 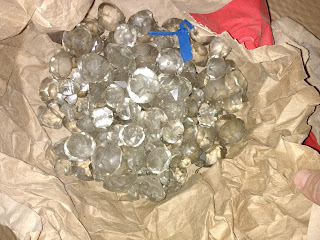 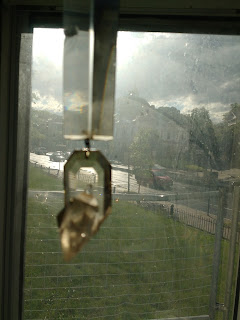 A couple of weeks ago Clark from the Revolving Fund mentioned to us that years ago when Community Works was working on the building, they took out a few lighting fixtures to keep them from getting broken or stolen & put them into their office basement on Broad Street. A few phone calls later and we had an appointment to go basement rummaging. Three boxes were excavated, a few things had gotten broken, but lots of interesting stuff got reunited with the house including these chandelier crystals.  And yes, that's a blurry rainbow in the background.
at June 05, 2017